“Obsessed” was the verb hair stylist Luigi Murenu used when he posted to Instagram the below picture of Odette Pavlova, which comes from a story running in the September 2016 issue of Vogue Deutsch. Extreme devotion comes in many forms, many of which these days will either land you on a no-fly list or a listicle. This story in particular, however inspires something that could even be described as primal. Photographed by Luigi + Iango and styled by Patti Wilson, the story titled “Amour Noir” hearkens back to the smoky glamour of the 1930s. Odette plays the central role in this drama, which she delivers with aplomb. Whether you are consumed, gripped, or possessed, at least it will be for good cause, viz., Odette Pavlova. 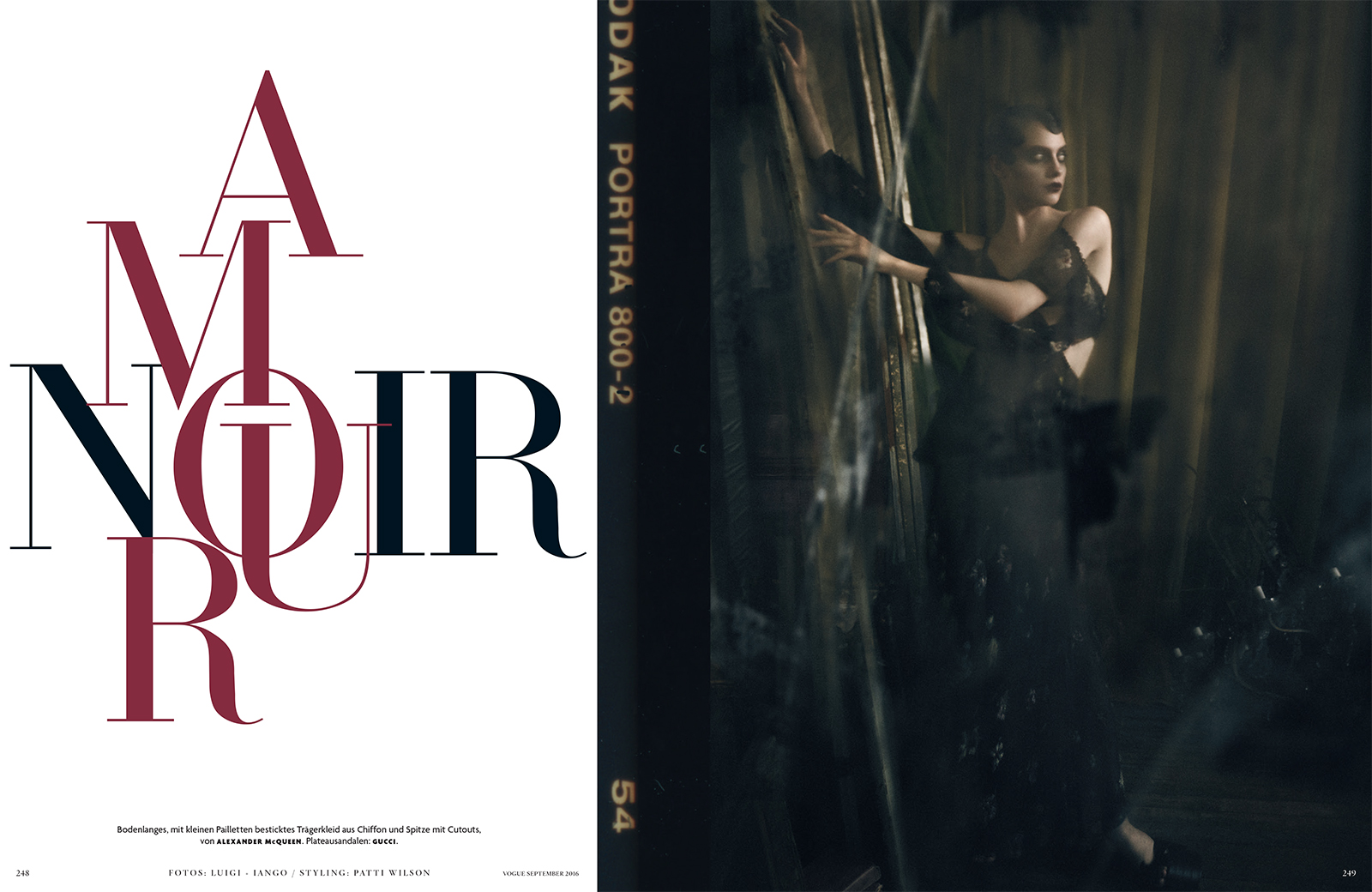 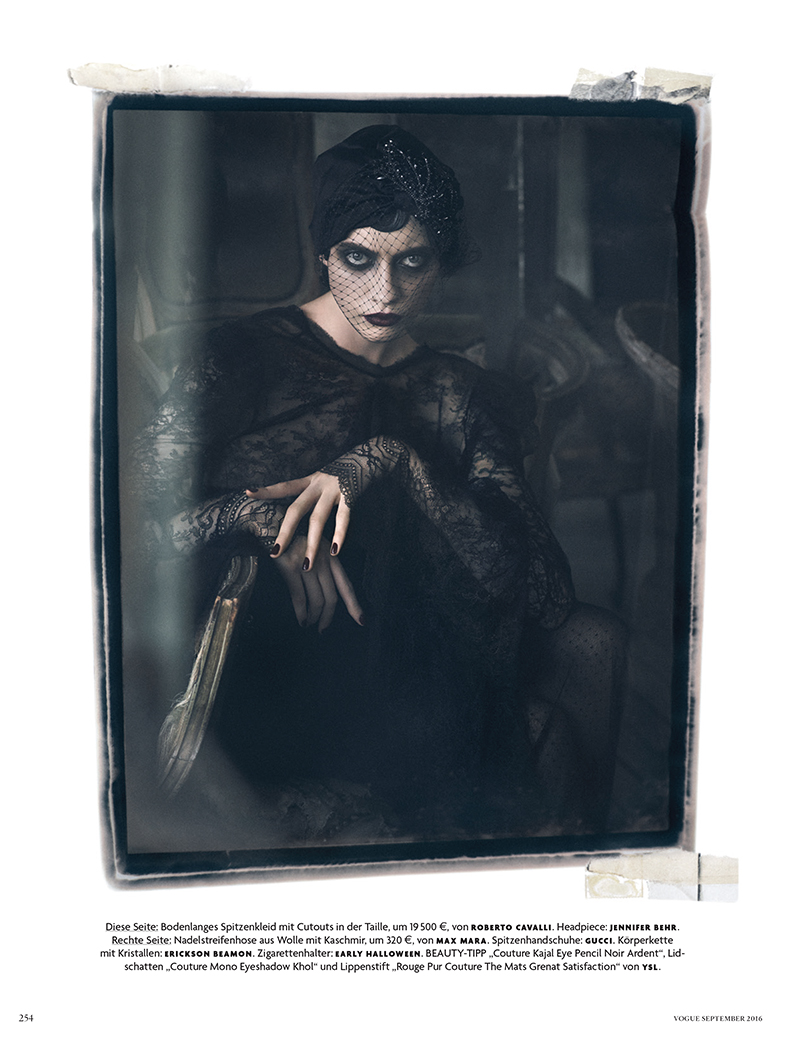 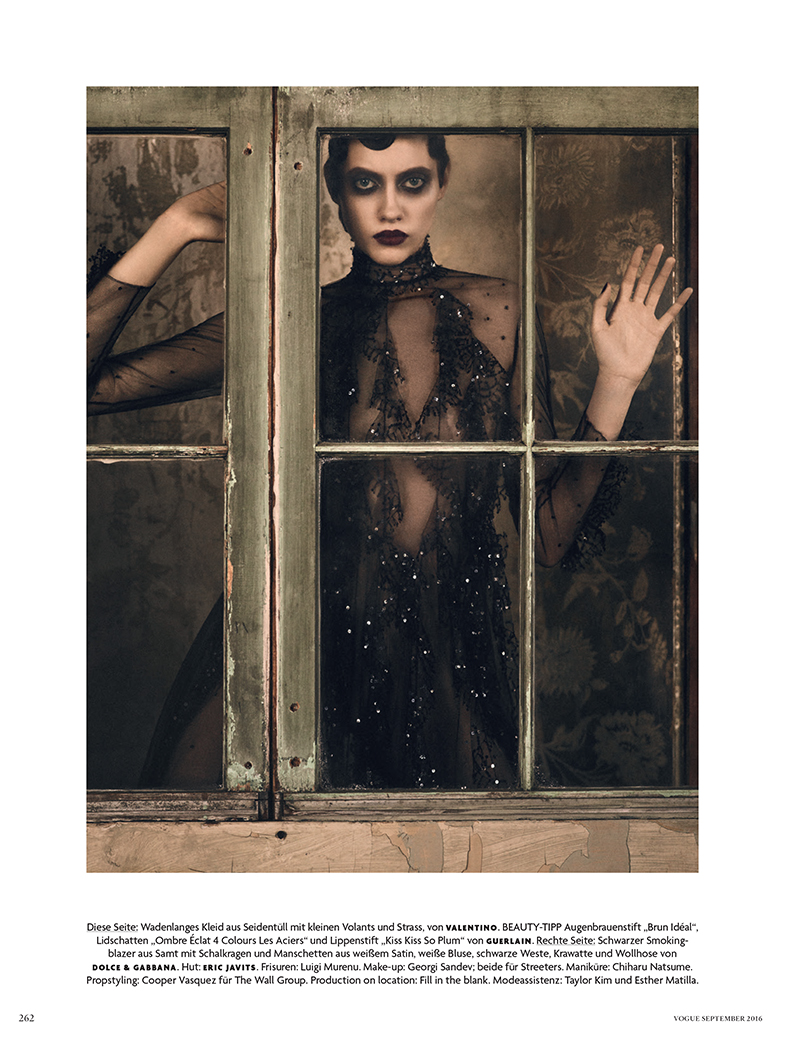 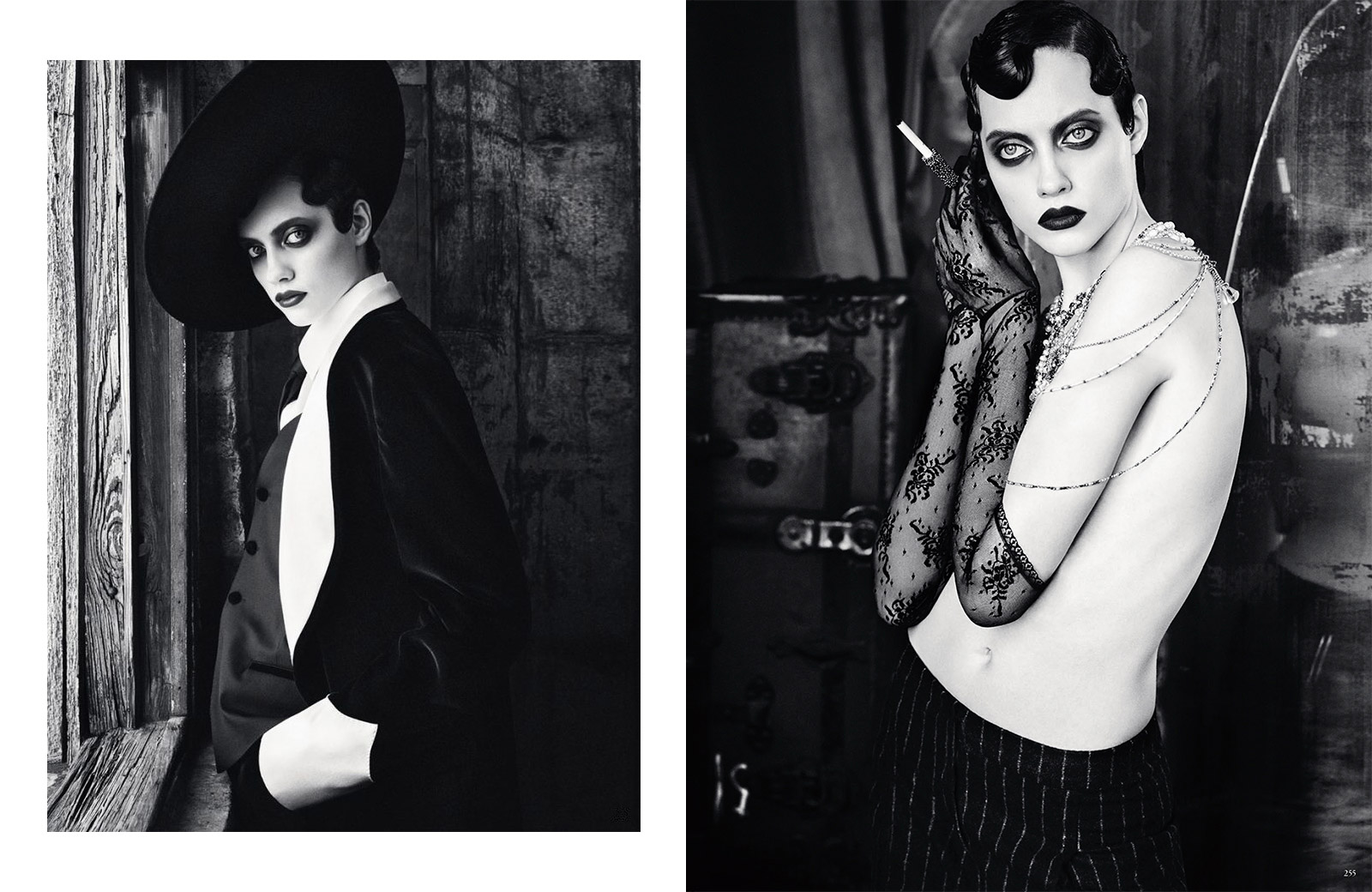 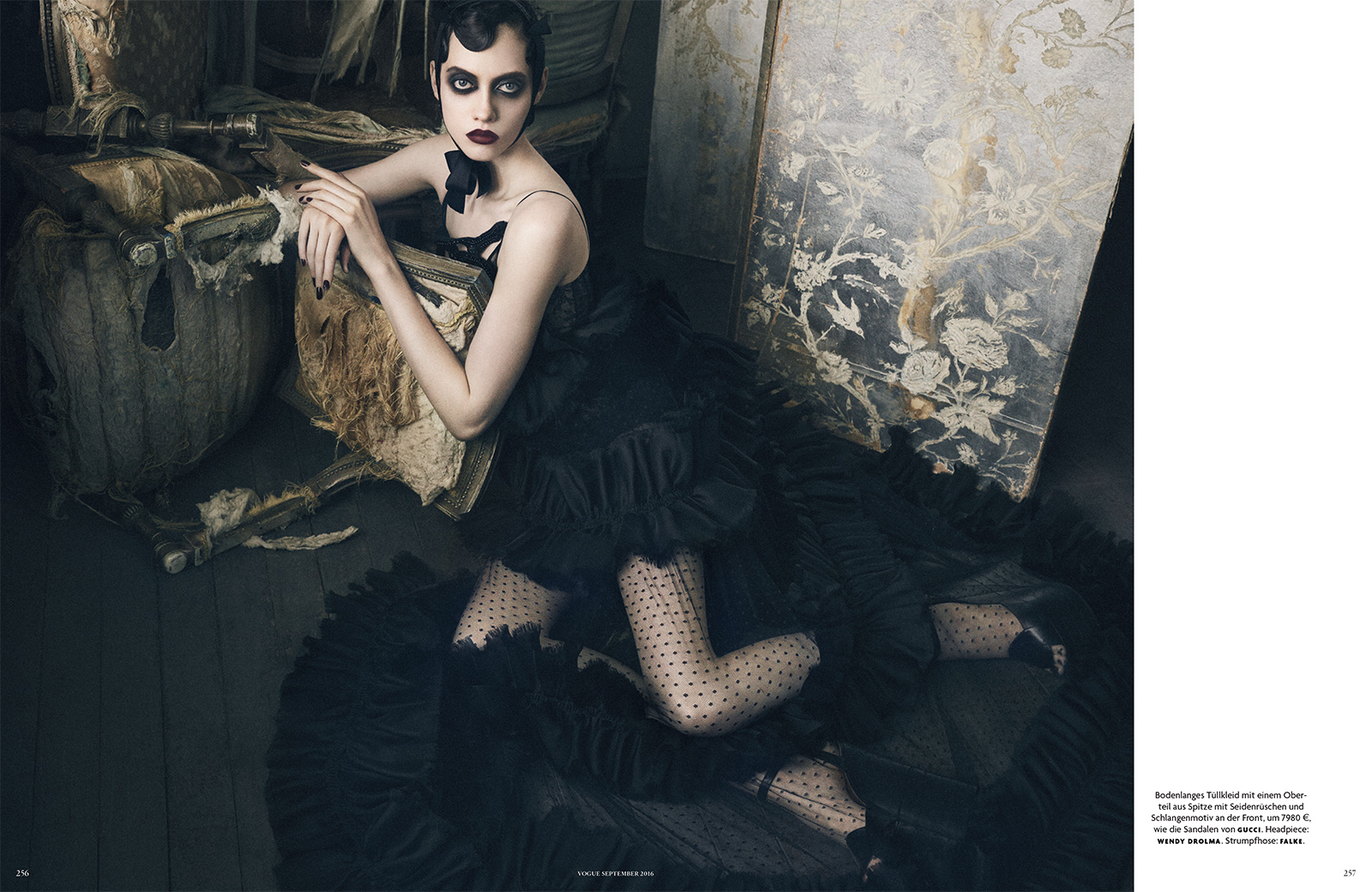 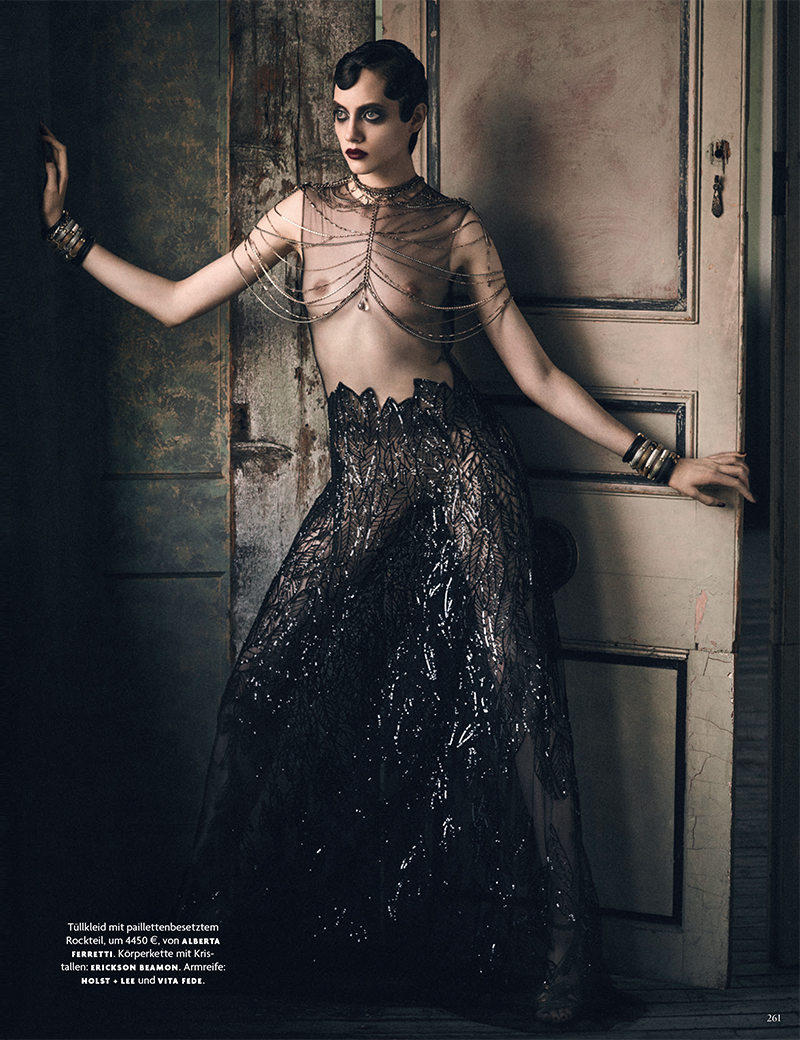 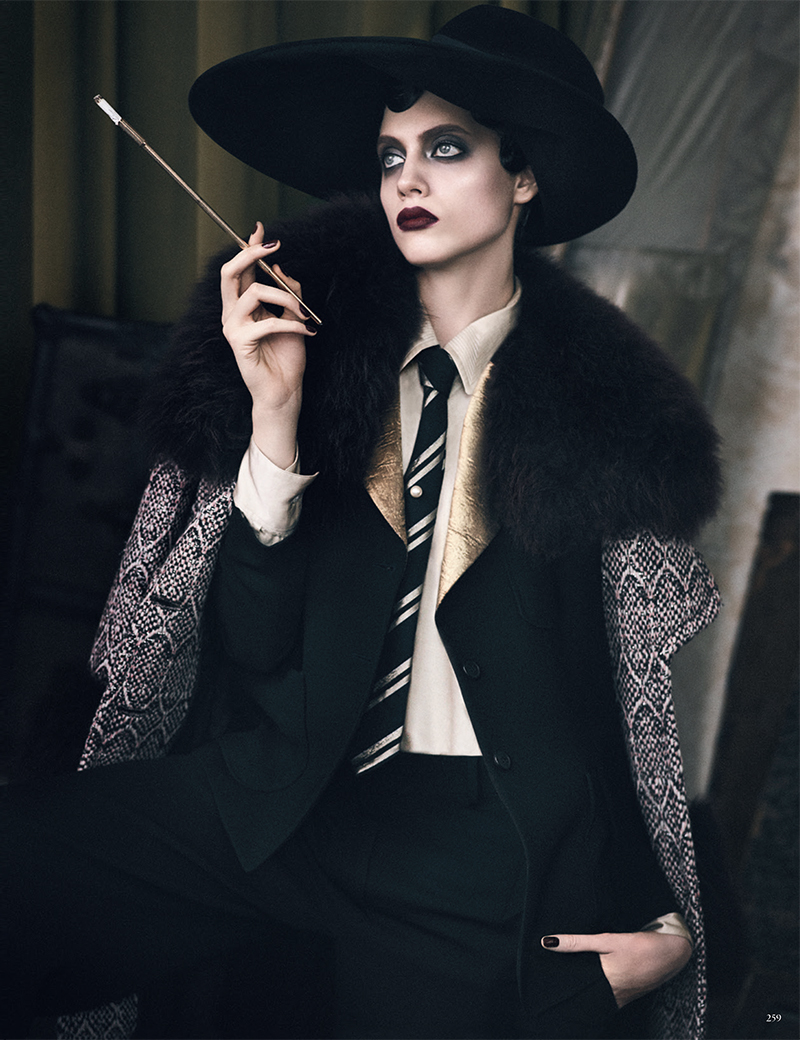 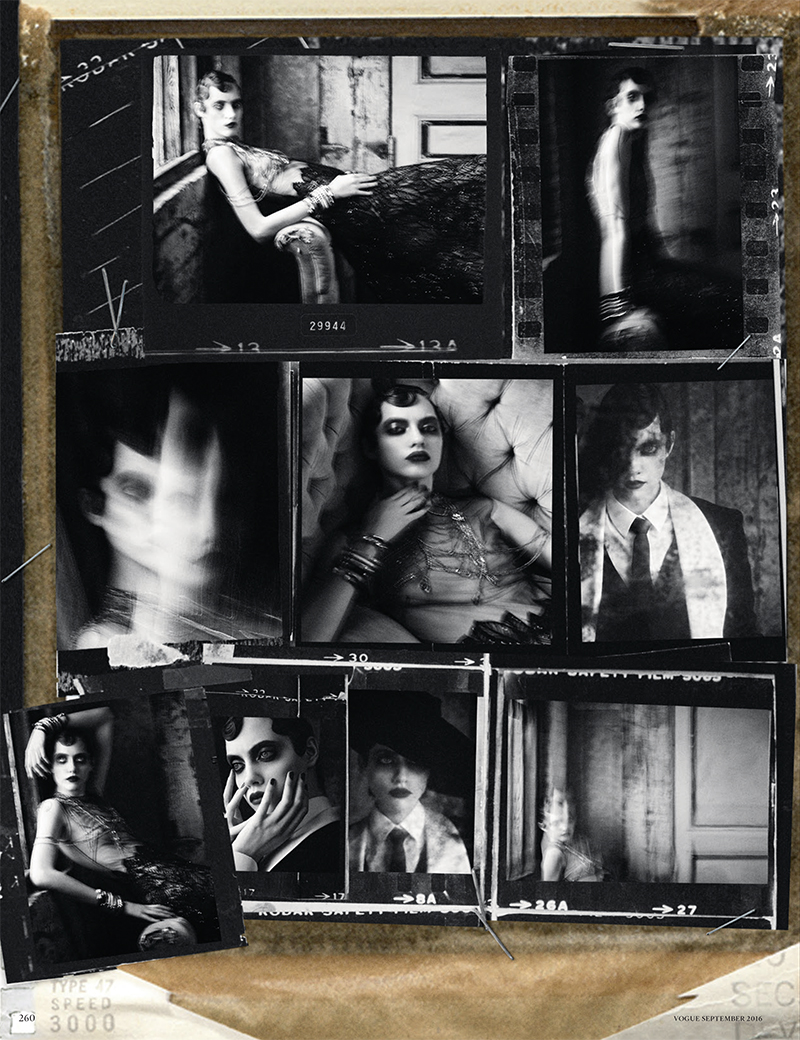 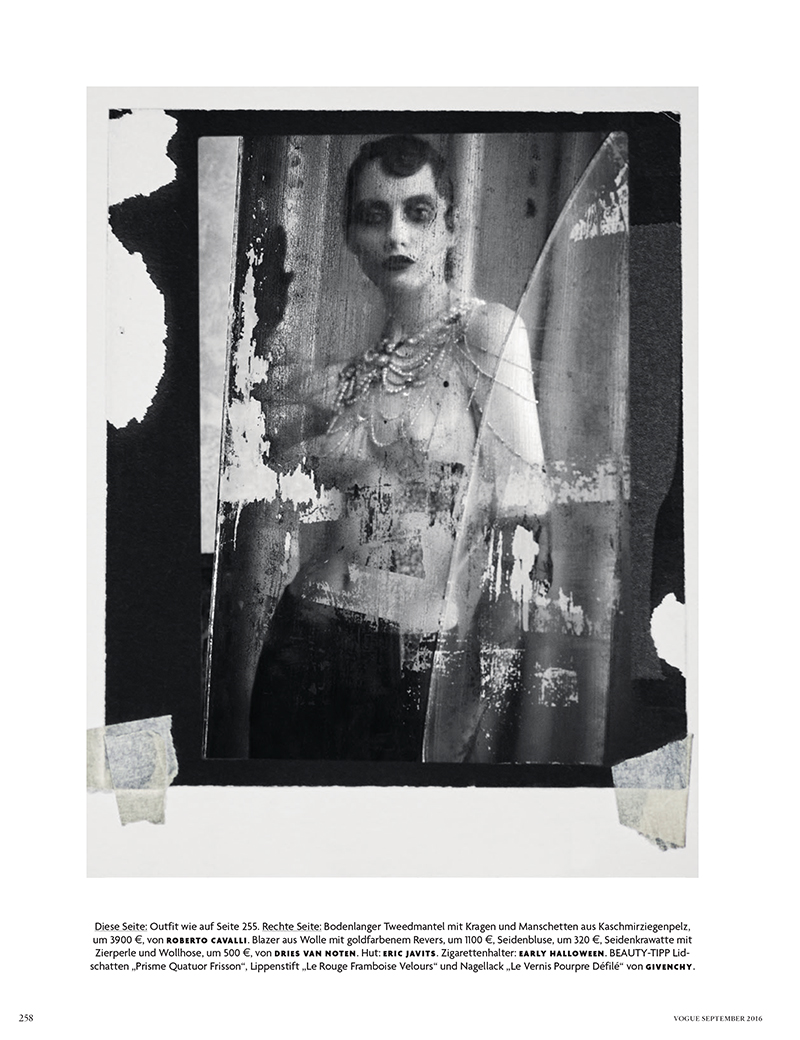 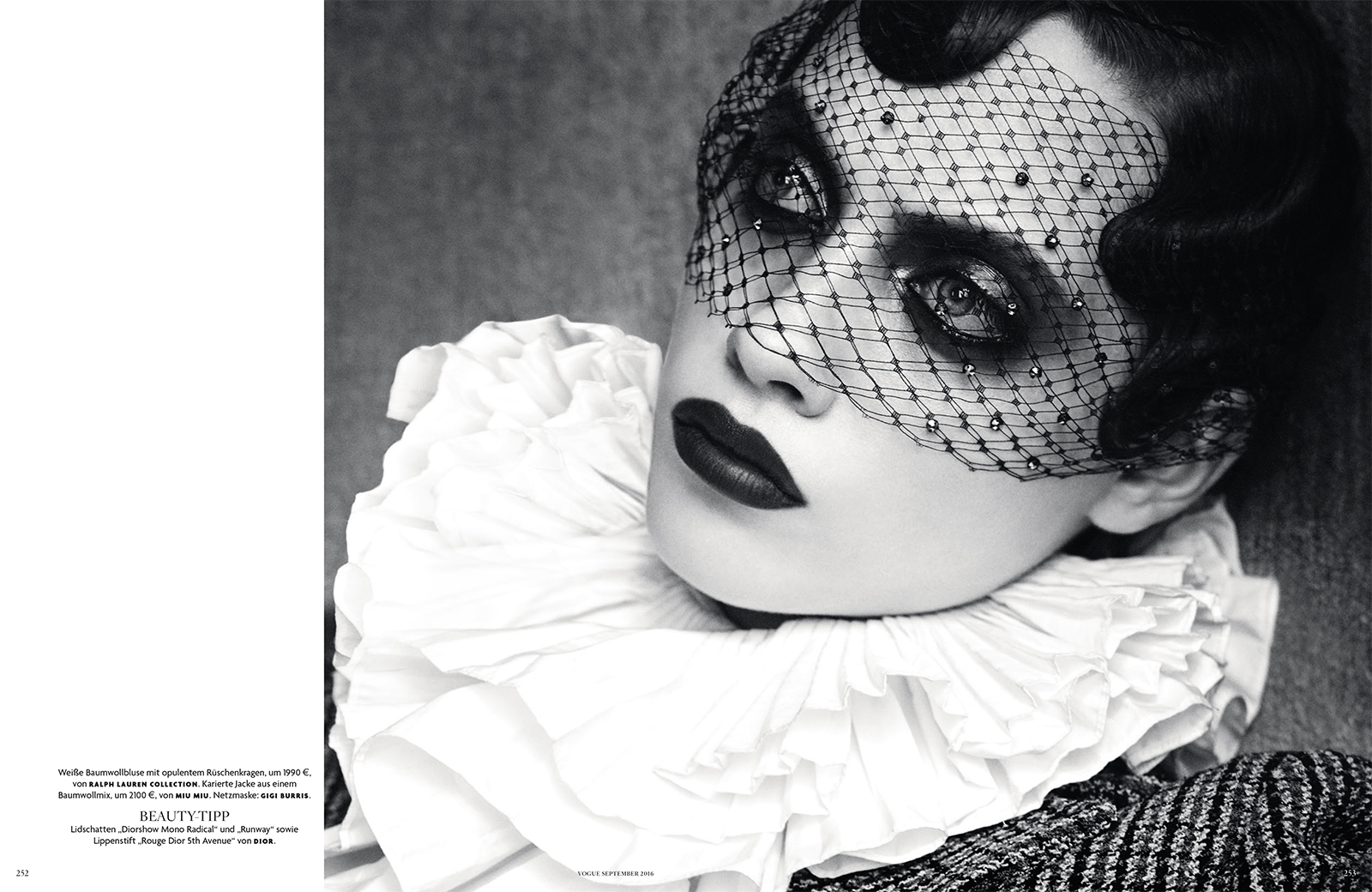