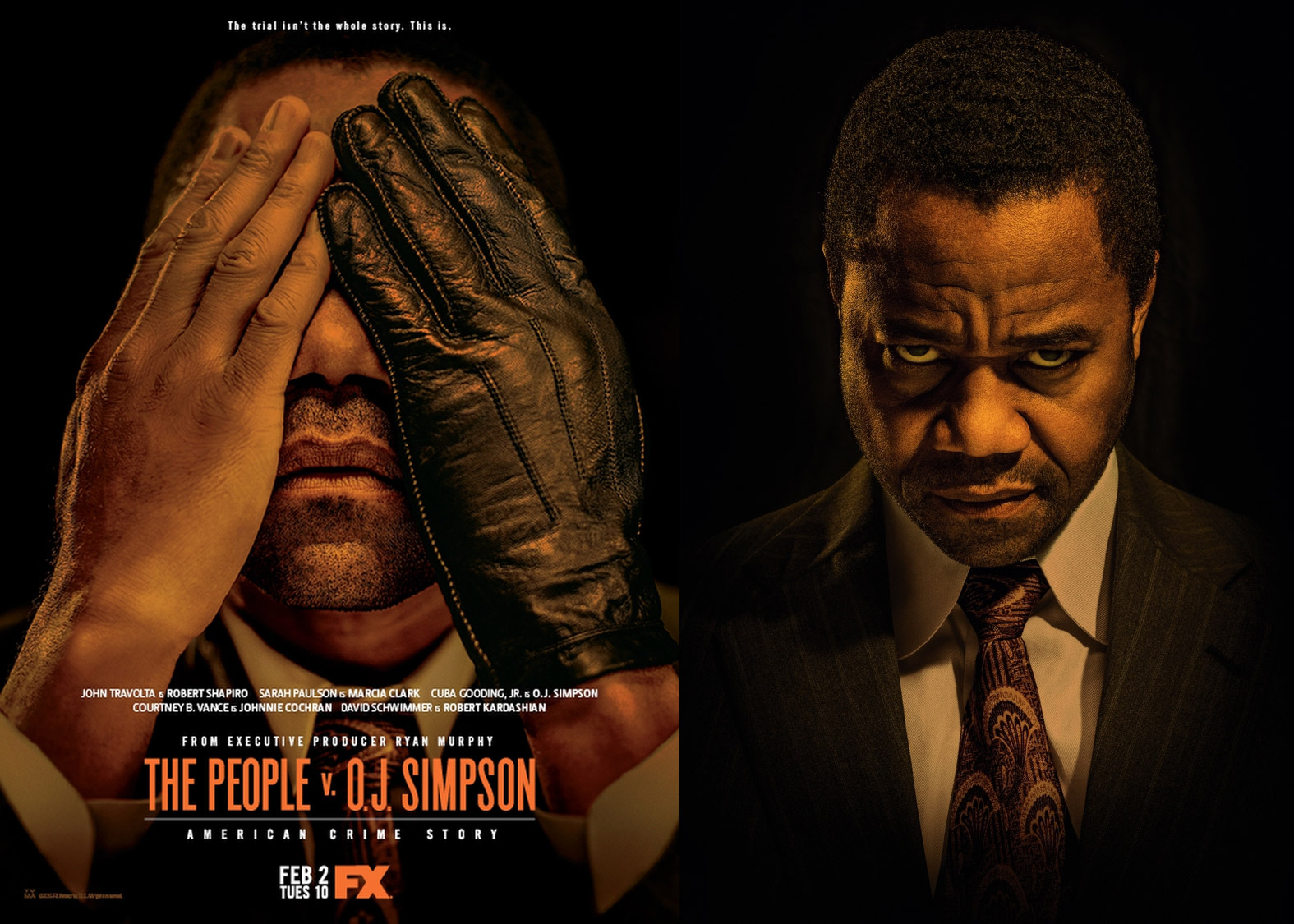 Can you tell me how you got this particular job?
I’ve been working with the FX art department for years.  They contact me whenever they feel I’m right for a shoot.

What preparations do you make for a shoot?
After an initial creative meeting, we scheduled a test shoot with lookalike stand in models.  FX had a clear vision what they wanted and we played with a number of lighting setups till everyone was happy. 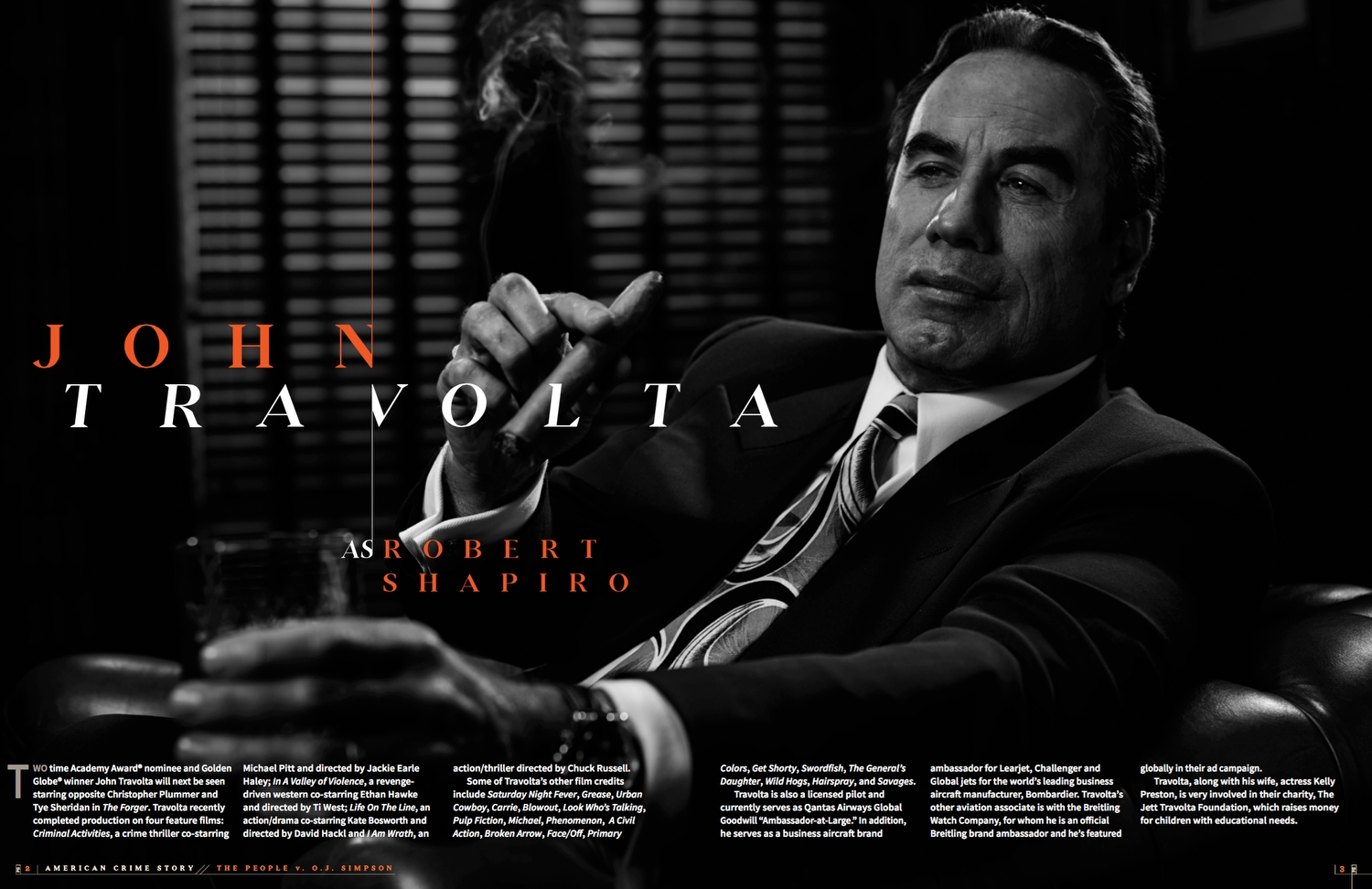 Where did the shoot take place and did you have enough time to do the work?
We shot on the “American Crime Story” sets on the FOX lot in Los Angeles. The art direction was amazingly accurate. We used the courtroom set and the set for Robert Shapiro’s den. The key art of Cuba with his hands over his face was shot against a piece of black duvetyne set up in the courtroom.
Time is always a challenge when shooting on production days, so it’s necessary to be nimble. One of the reasons I love battery packs and stands with wheels! One of the days they decided to shoot on a set we had just lit for Bruce Greenwood. So we had to mark all the lights and power settings, clear the set and then jump back in between scenes. 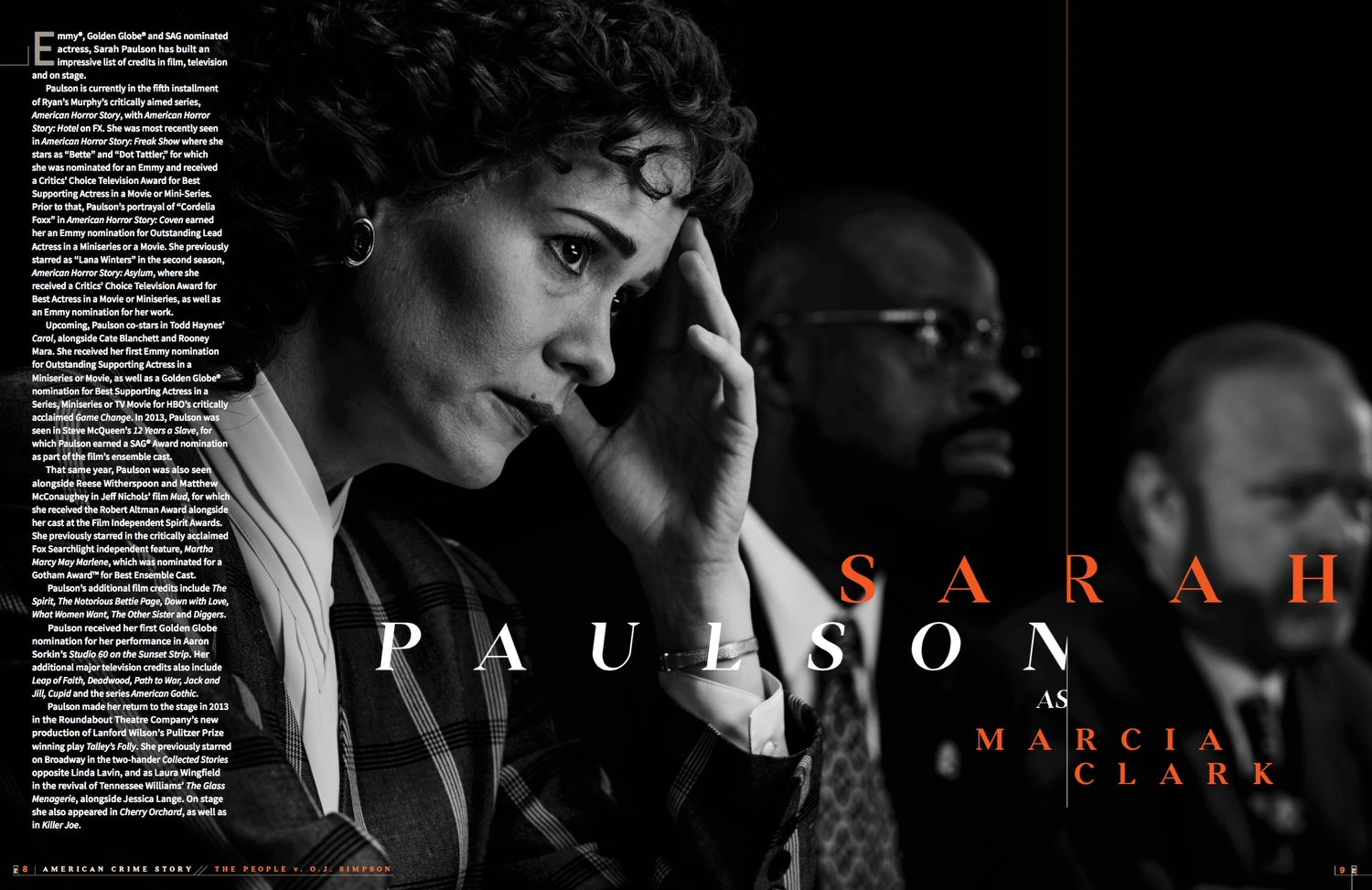 How about creative concept, was it you or did you have to work with some creative director?
FX has an amazing art department and they always have a clear concept going in. I work with the VP of print and design there Todd Heughens. He’s an amazing talent! We have storyboards and a detailed shot list. That said, we always try to leave room to play and catch happy accidents.

Actors are not to crazy about sitting for photographers; how was it in this case?
A lot of these shoots happen on production days and the actors already have lots to do, so it can be stressful, but everyone was incredibly professional. I always try to come in with an understanding of each actors character. I find they appreciate any direction staying true to that. 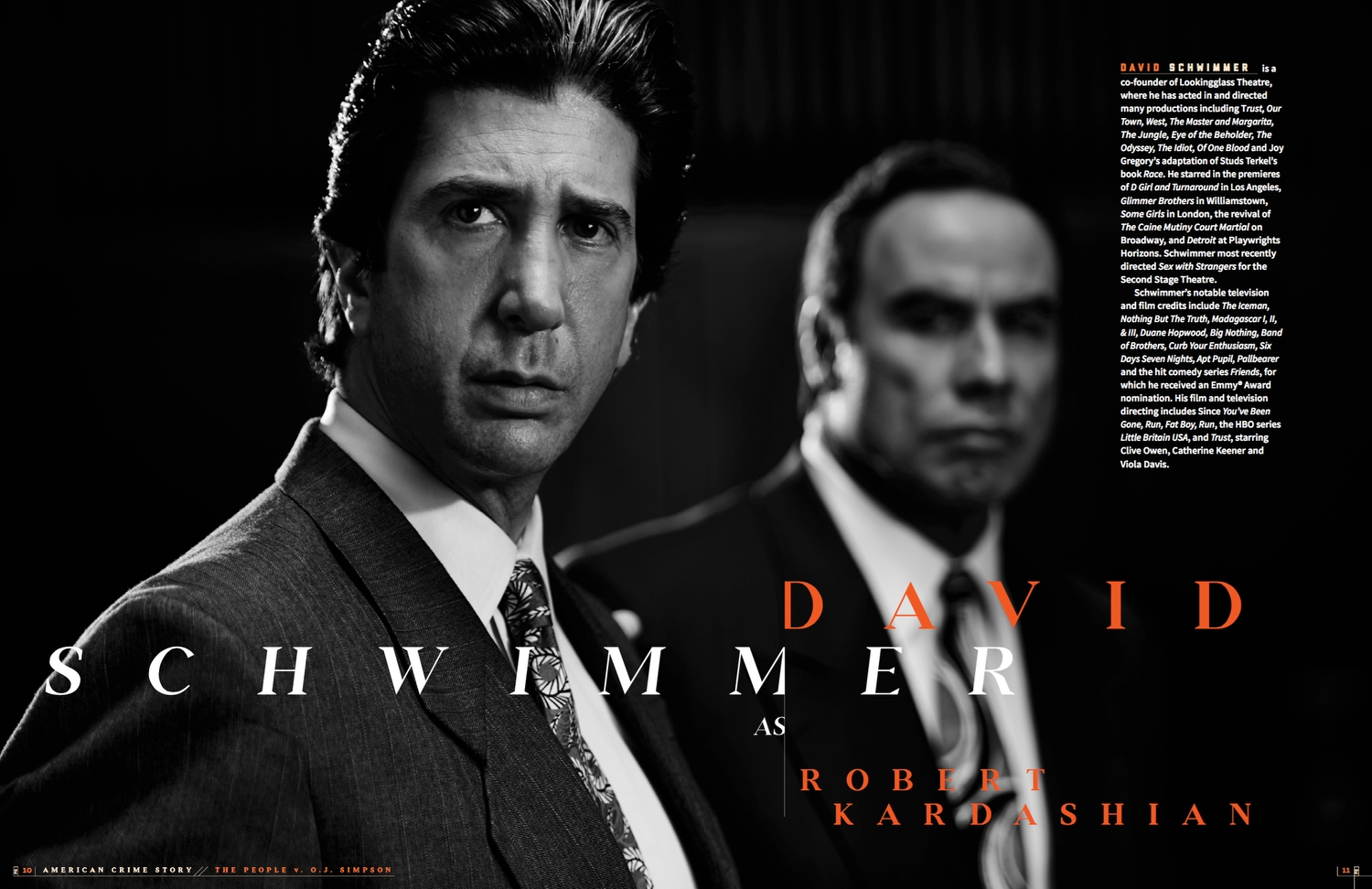 What equipment do you use for the shoot?
We shot on a Nikon D810 with prime lenses, mostly the 50mm 1.4G and 85mm 1.4G. The strobes were all Profoto Pro 8 and B4 packs. We mostly used small directional light sources, including 7 inch reflectors with grids and small gridded soft boxes.

Tell as about post processing in this case?
The key art shot was initially processed fairly neutral. The final look is the great work of the agency FX used. The black and white gallery images were a processing profile I came up with in Capture One software. 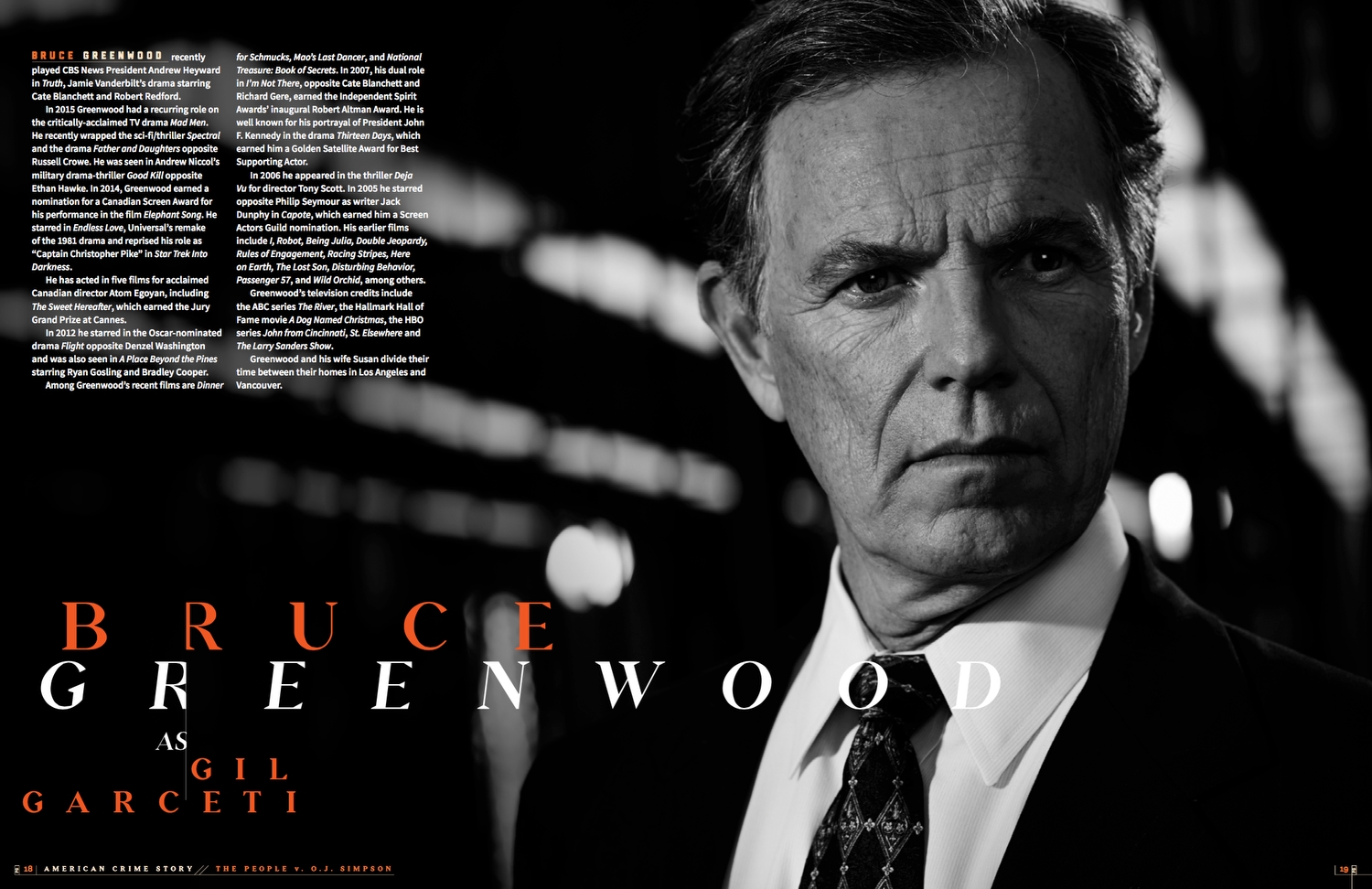